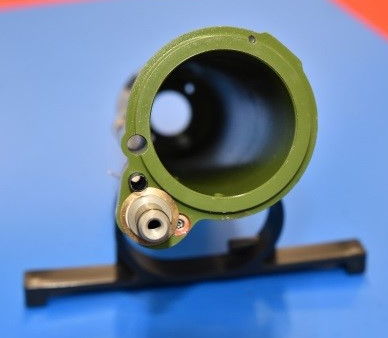 Since a short time a new tank has been mounted to the HB 700 KD bead (cartridge version for PUR / POR hotmelt adhesive). If adhesive was released during cartridge changeover it started to react in the tank. This meant that the equipment frequently had to be repaired at reasonable costs.

Two changes have been made during the changeover between the old and new tank.

1. You will notice the green coating on the outside. The new tank is PTFE-coated.

Polytetrafluorethylene (abbreviated to PTFE, sometimes also polytetrafluorethene) is often referred to with its trade name of Teflon. PTFE is extremely slow-reacting. Even aggressive acids cannot attack PTFE, or react with it. There are almost no existing materials which stick to PTFE since the surface tension is extremely low.

These properties prevent a (total) loss of equipment if PUR-/ POR adhesive leaks. Adhesive residues can now be removed using a wooden stick. The cartridge can even be removed when the adhesive has set!


2.    Side opening on bottom of tank no longer needed.

In the old tank housings there was an outlet for spray air on the side. This was required for space reasons at the time. This tank version was fitted to spray and bead equipment. If lots of adhesive leaked it drained out through this opening in the housing in the worst case, clogged the housing and reacted there. This resulted in total loss of the equipment.

Now the line version is fitted with a new tank without a hole and adhesive can no longer run out of the housing. 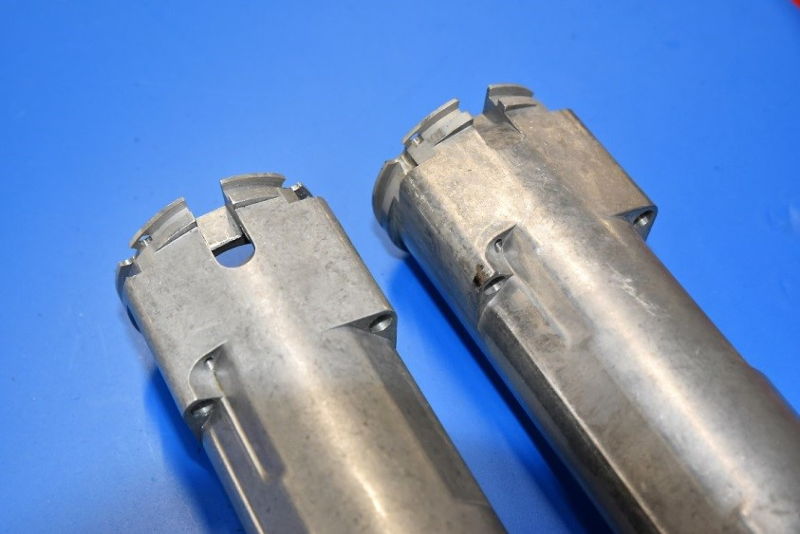 Send us an email or call us